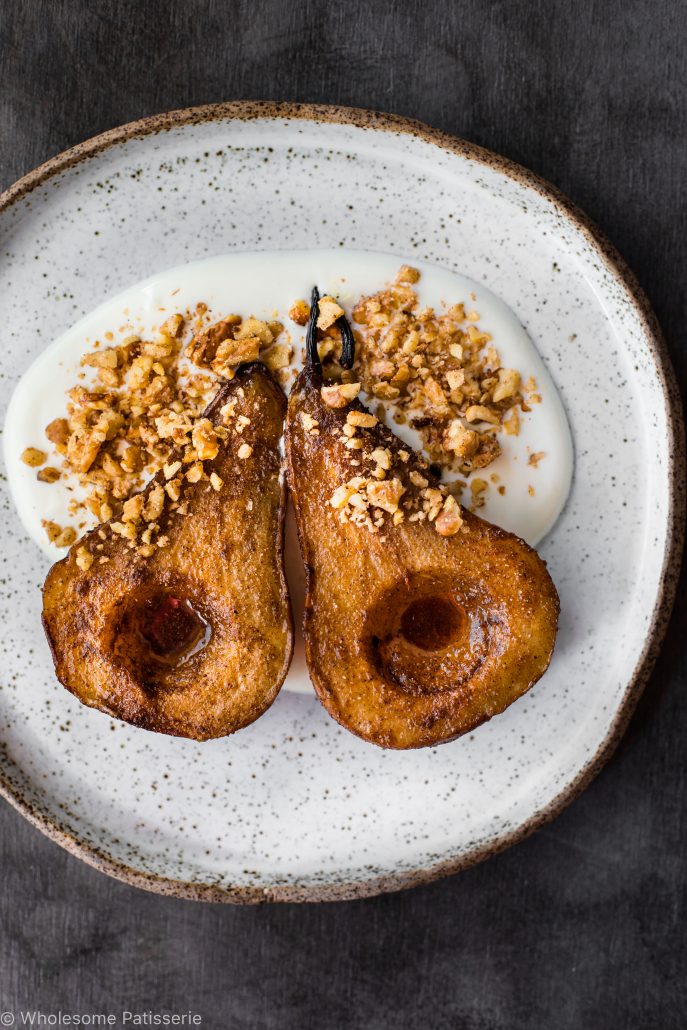 Spiced Cardamon Pears, Honey Yoghurt and a Walnut Crumb! This dish is easier than it sounds! But believe you me, it’s so incredibly tasteful! You’ll be itching to enjoy these beautiful roasted pears for your breakfast, afternoon tea or dessert, you name it, you can have it.

Each element to this dish is simple, just the way we like it here. The pears you roast in a delicious glaze for around 30 minutes, that’s the hardest part. Honey yoghurt, quick! Walnut crumb, quick! Altogether, absolutely divine! 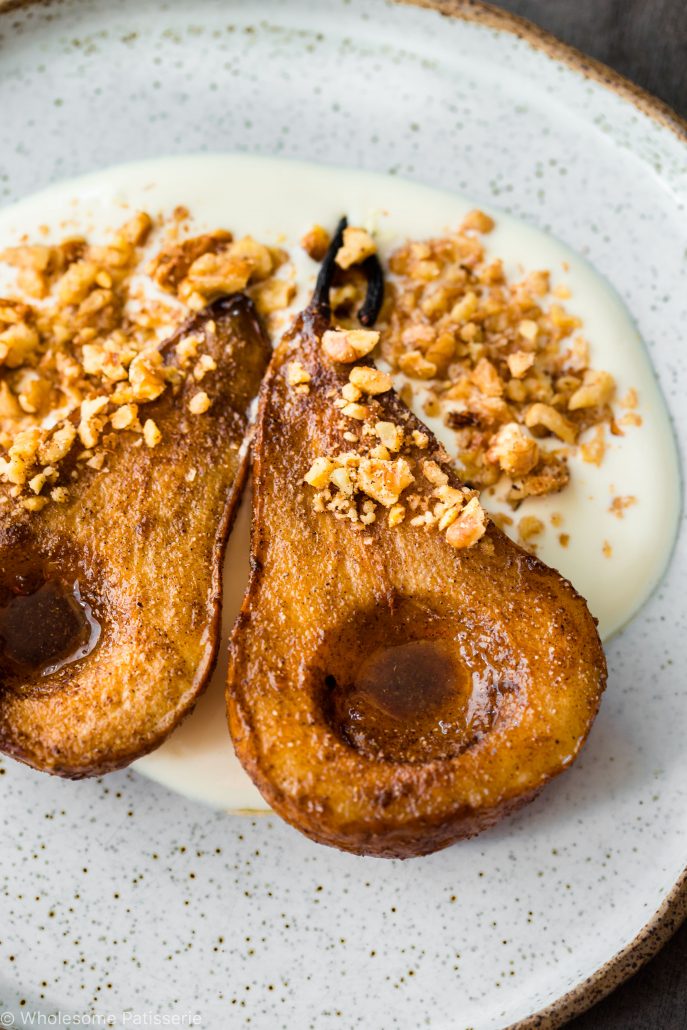 If you don’t have the time in the morning to enjoy these pears, you can easily roast them ahead of time and have them later on in the day or even the next day. You can warm them up again for serve them cold, either way is just as yummy. You know what else wouldn’t hurt? A drizzling of dark chocolate but that’s just me, I put chocolate on most sweets, I’m sure you know that about me know 😉
Enjoy! xx 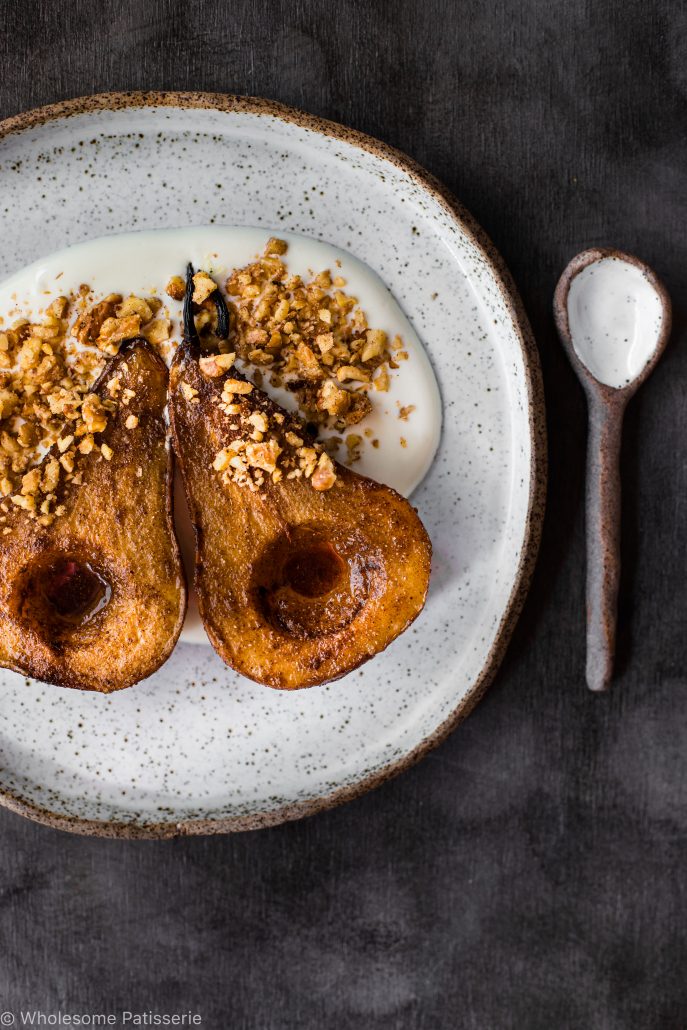