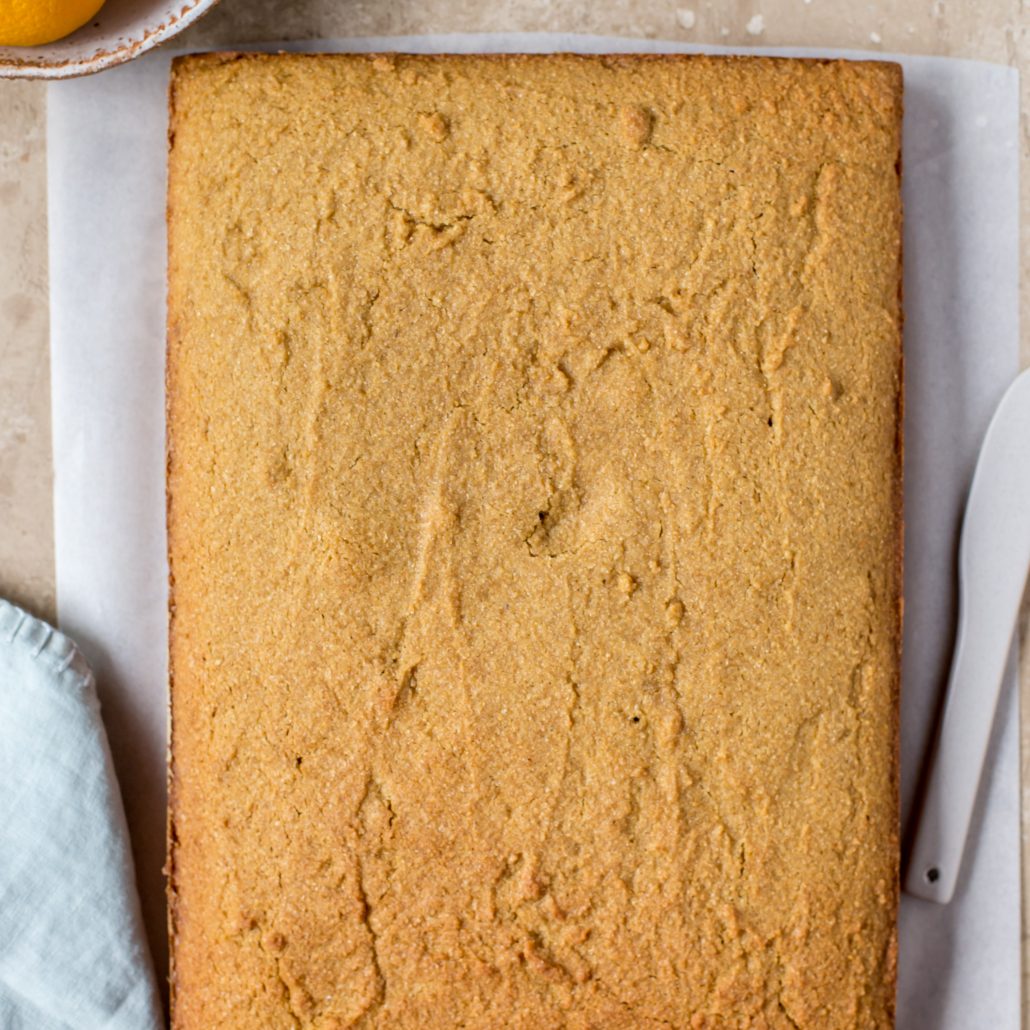 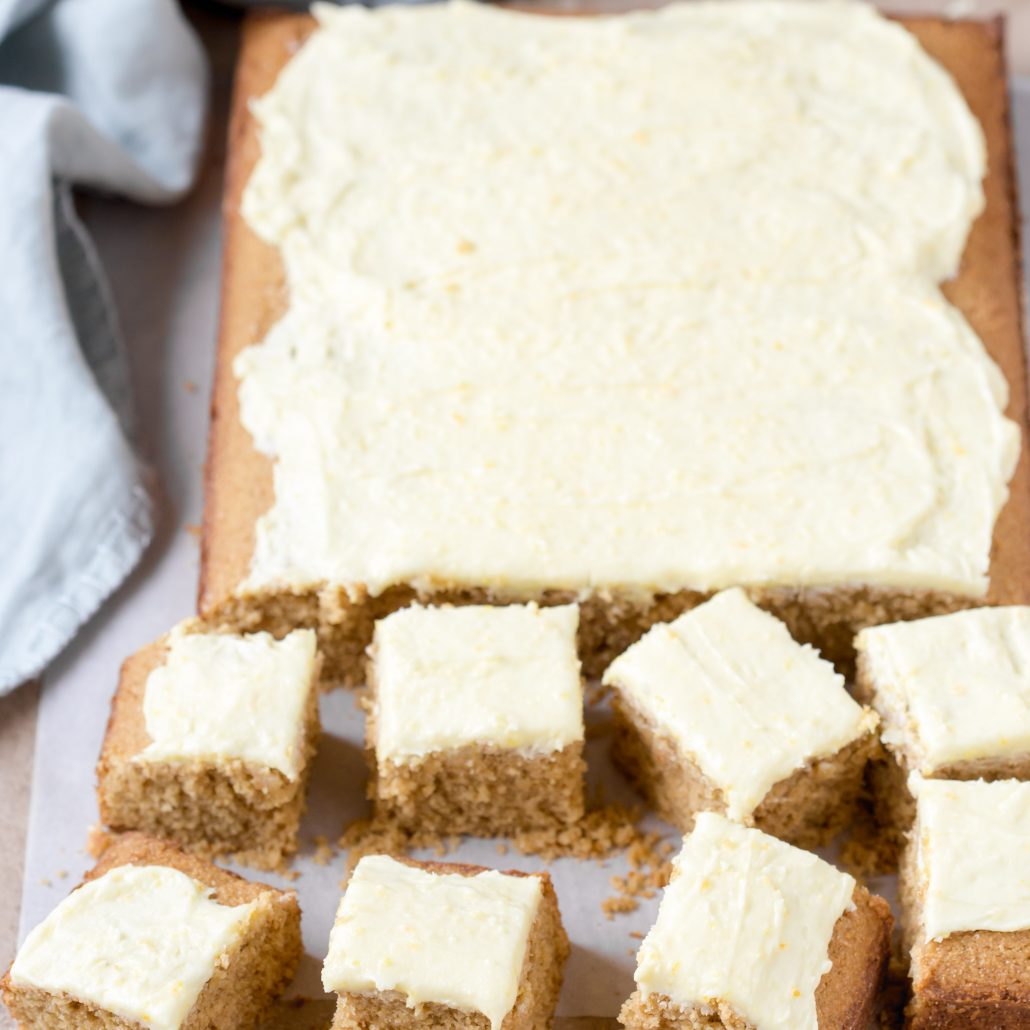 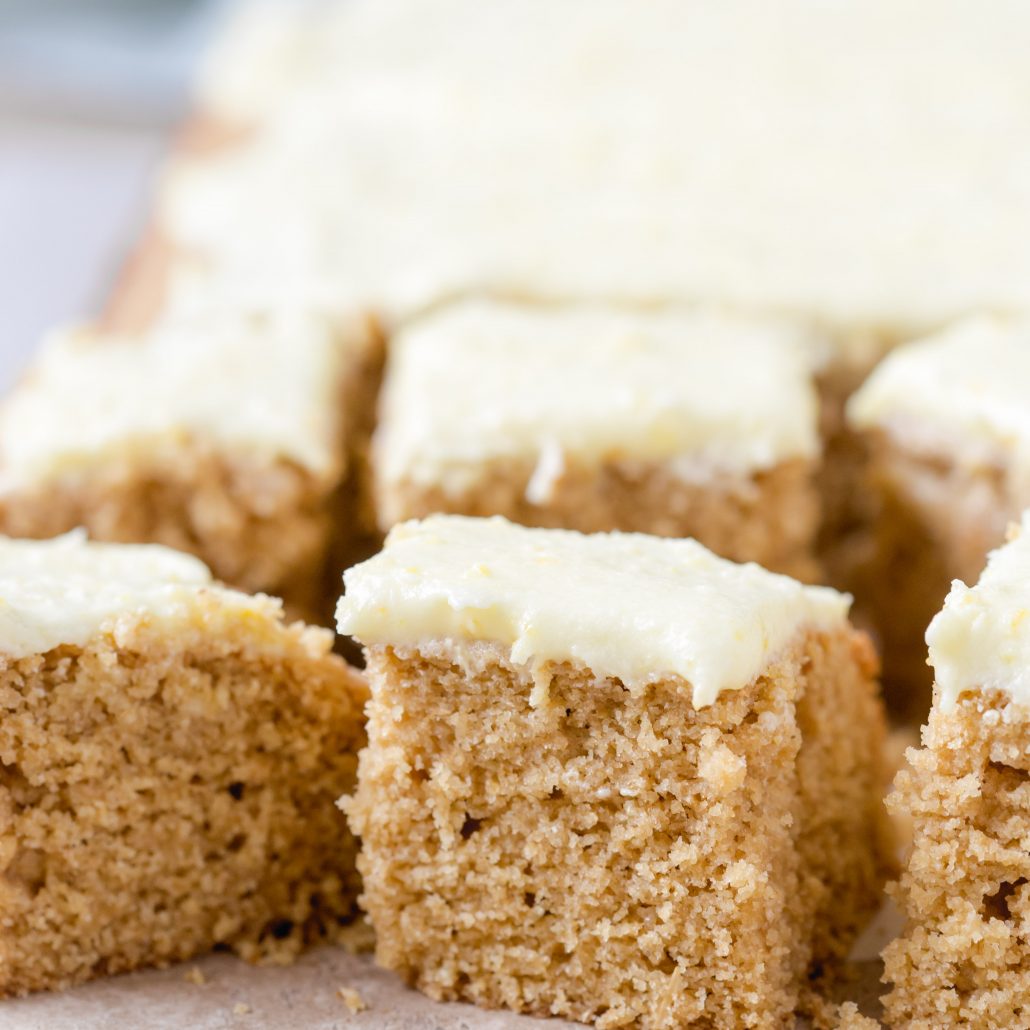 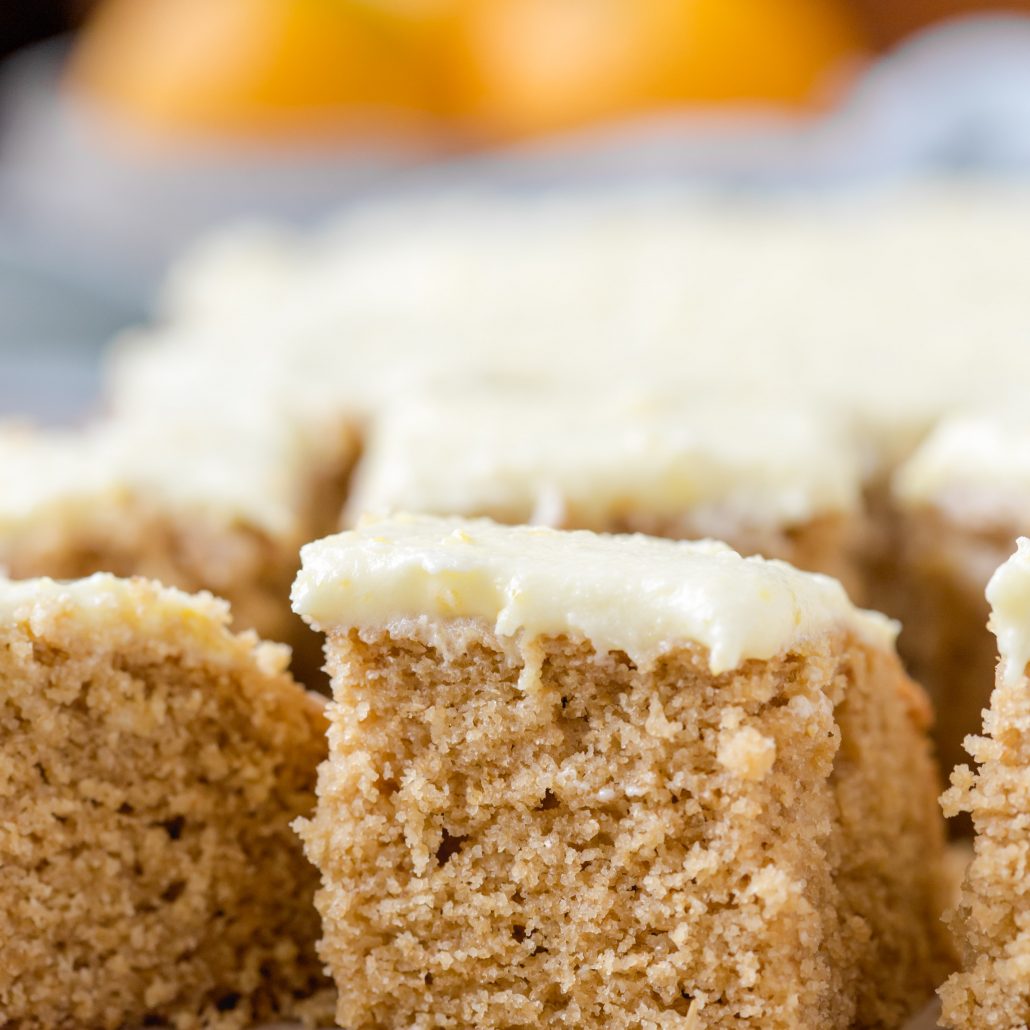 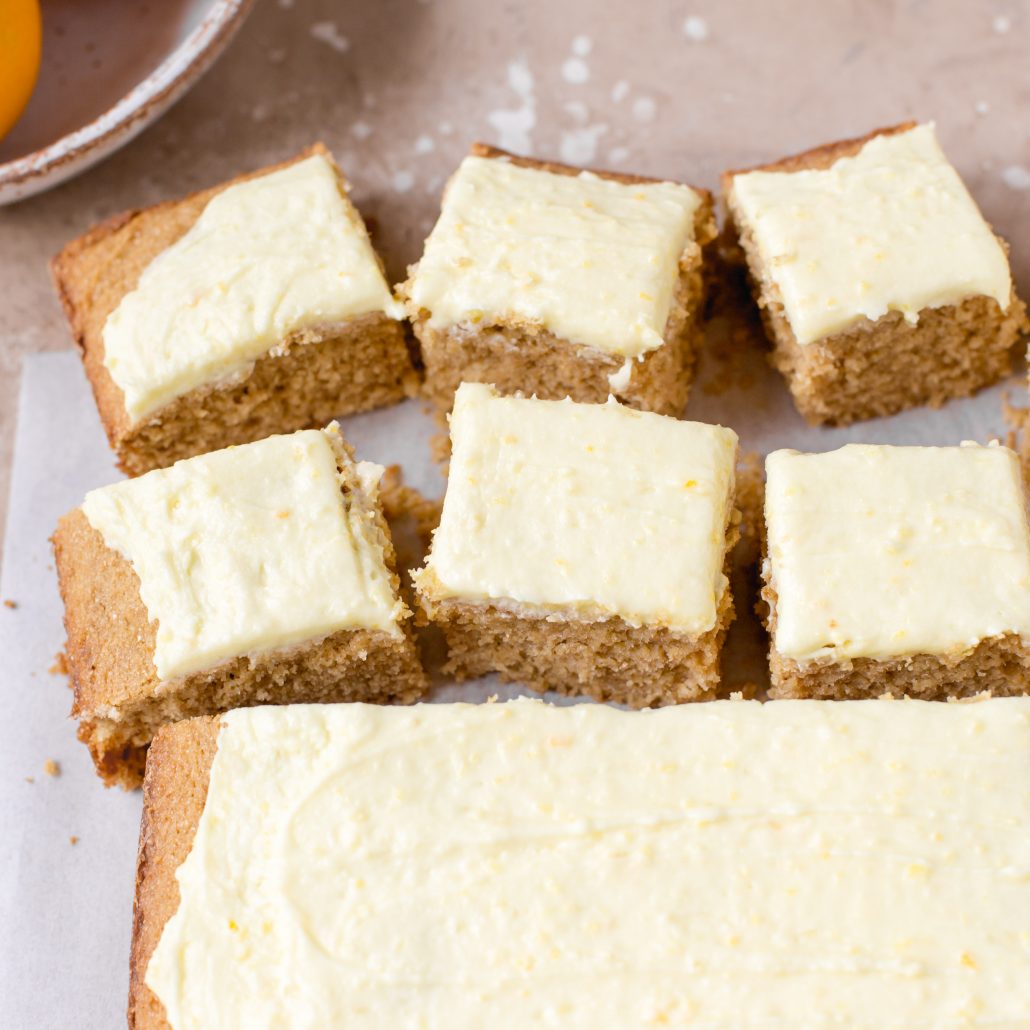 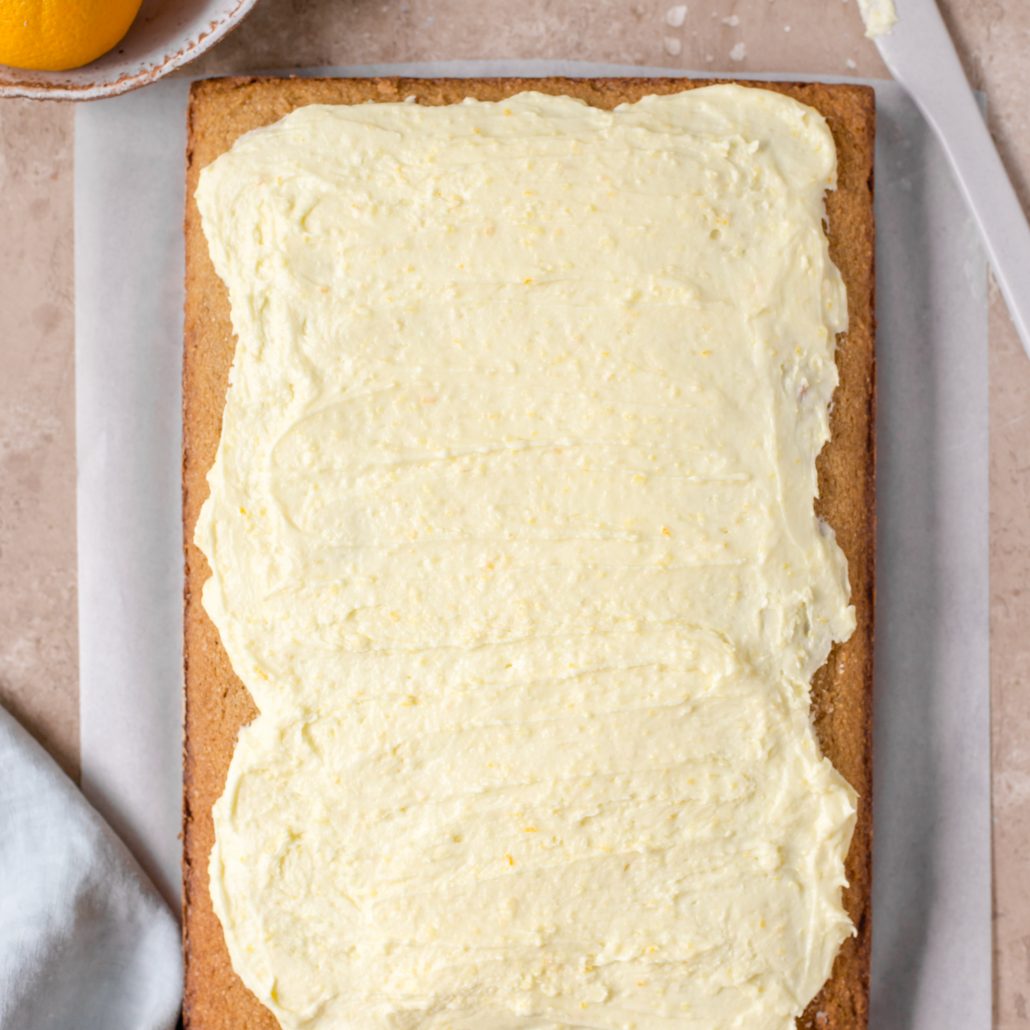 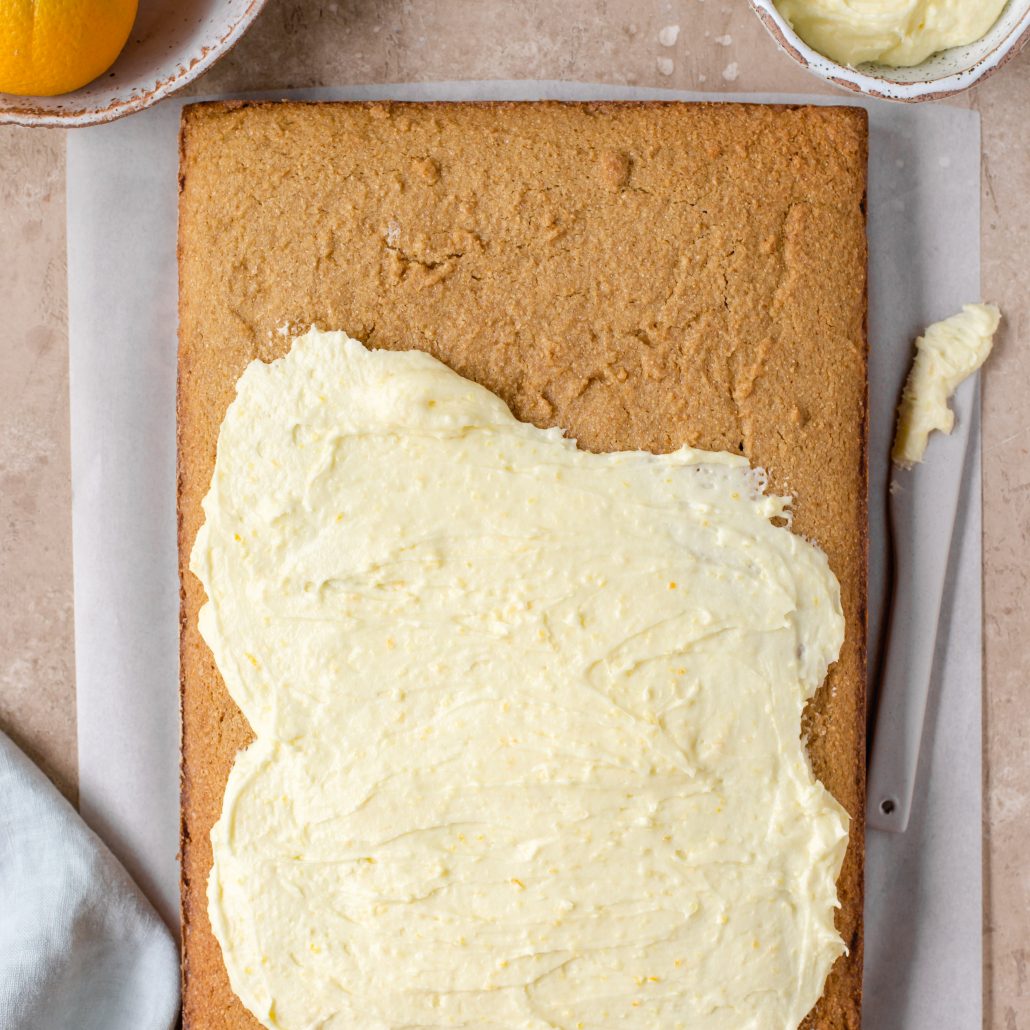 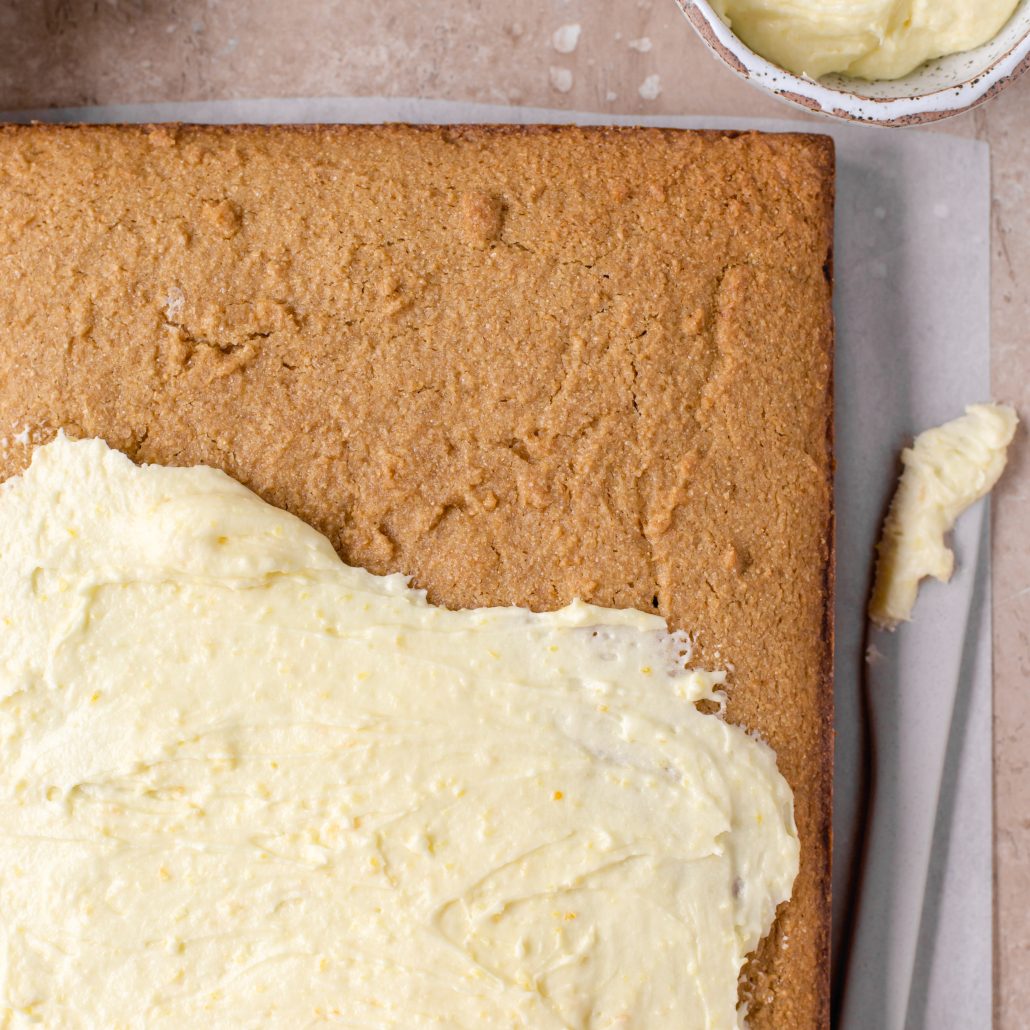 Parkin Cake is a cake that is very special to me. My Nan would always make and have Parkin Cake on offer for us whenever we had a family gathering, birthday party or special occasion. We were always guaranteed a delicious and wholesome slice of homemade Parkin. Nowadays my Nan isn’t up for much baking, she is 89 years old but still on occasion does make us a batch of her delightful Parkin Cake.

Parkin Cake originates from Northern England and is basically a ginger cake using butter, wholemeal flour, brown sugar and golden syrup. Traditionally it also includes treacle but my Nan is a little cheeky and only adds treacle if she has it on hand or feels like it on the day, haha! The addition of treacle does enrich the cake even more, giving it a deeper colour and flavour. This version though I think is really lovely and I’m certain will appeal to most as it’s slightly more subtle. My beautiful Nan grew up in Northern England and that is why Parkin Cake is her most treasured.

I had attempted making her version of Parkin Cake many years ago to no avail. I asked her a couple of times for her exact recipe but you know that generation never followed actual recipes, they would just bake from their minds and it would work out, how cool is that?! So you can believe it was difficult for me to get any exact ingredient quantities out of her. I managed to get a rough idea of quantities and ingredients and that first time I attempted the cake, it failed. I decided to leave it to the master and not try again, until now. I was browsing my old recipe binder filled with hand written family recipes and magazine recipe cutouts, I’m sure you have a similar homemade book too?

I came across the hand written recipe for Parkin and decided I would try it again. In the book I also rediscovered an email my Nan sent me back in 2005 with her Parkin Cake recipe typed out, yay! It was similar to my hand written one so I studied and compared them both. That is where this recipe today was born. It’s basically my Nan’s recipe just slightly different quantities because honestly, each time she makes it it’s slightly different, because she bakes with no recipes and only from her mind – clever cookie she is!

Parkin Cake is also traditionally served plain, with no icing. My Nan told me that for many years she has wanted to try Parkin with orange icing, so that’s what I did. I made this cake over the weekend just gone and I bought some to her today, she absolutely loved it!! Especially with the addition of fresh orange buttercream frosting – delicious!

I’m so happy to share this very special recipe with you and I hope you enjoy it as much as my family and I do. Sam x

Store in an airtight container, in the pantry or refrigerated, for 3-4 days.

*Lightly packed brown sugar means to press the sugar lightly into your measuring cup using the back of a teaspoon, add more, lightly press down again, until the amount of sugar reaches the brim of your measuring cup.