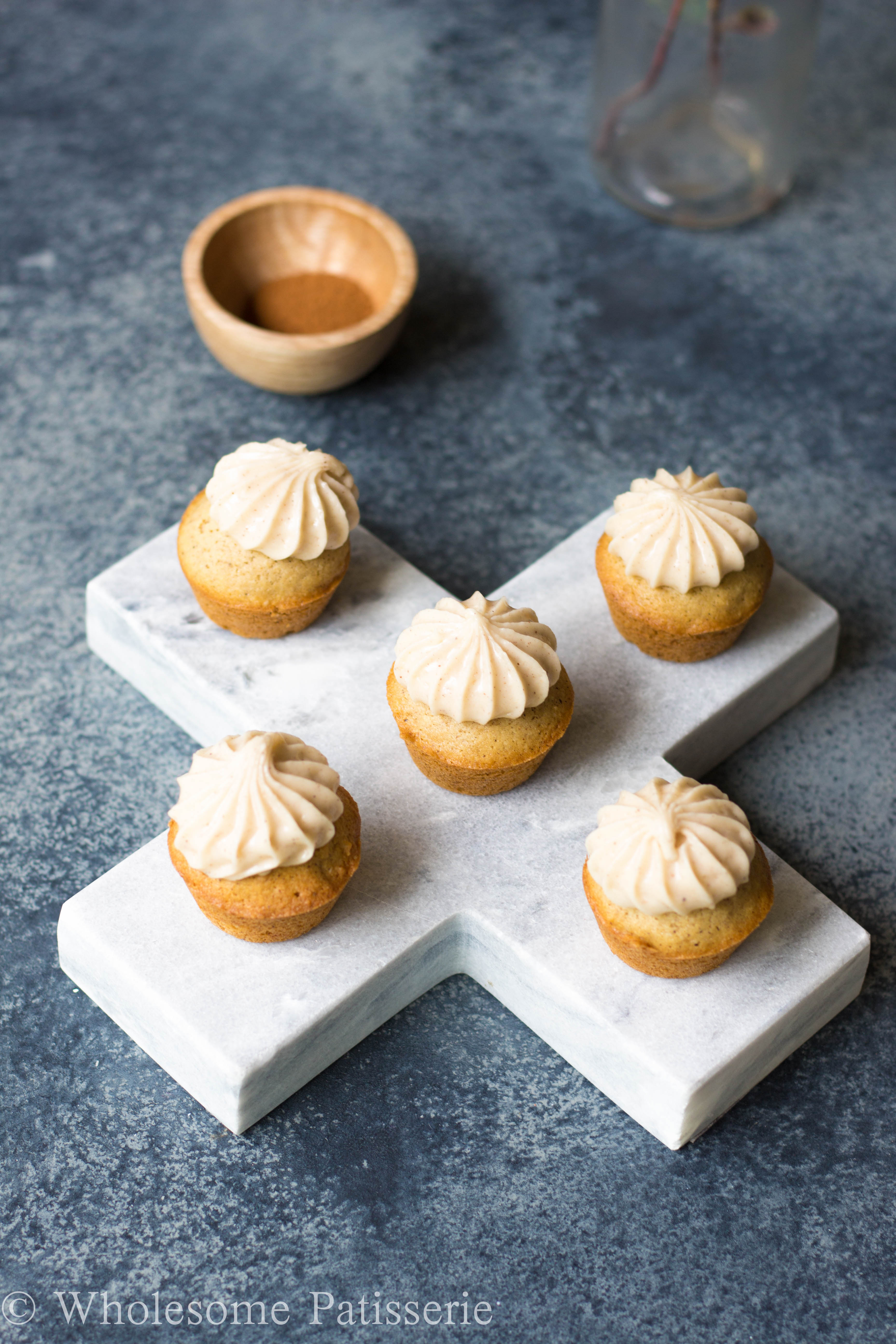 A new week and a brand new cupcake recipe. Honey Cinnamon Cupcakes, mini sized! I’m so excited to share this delicious recipe with you. For months now I’ve wanted to create a honey flavoured frosting with a touch of ground cinnamon. It turned out perfectly and paired with these fluffy cupcakes, you will fall in love. 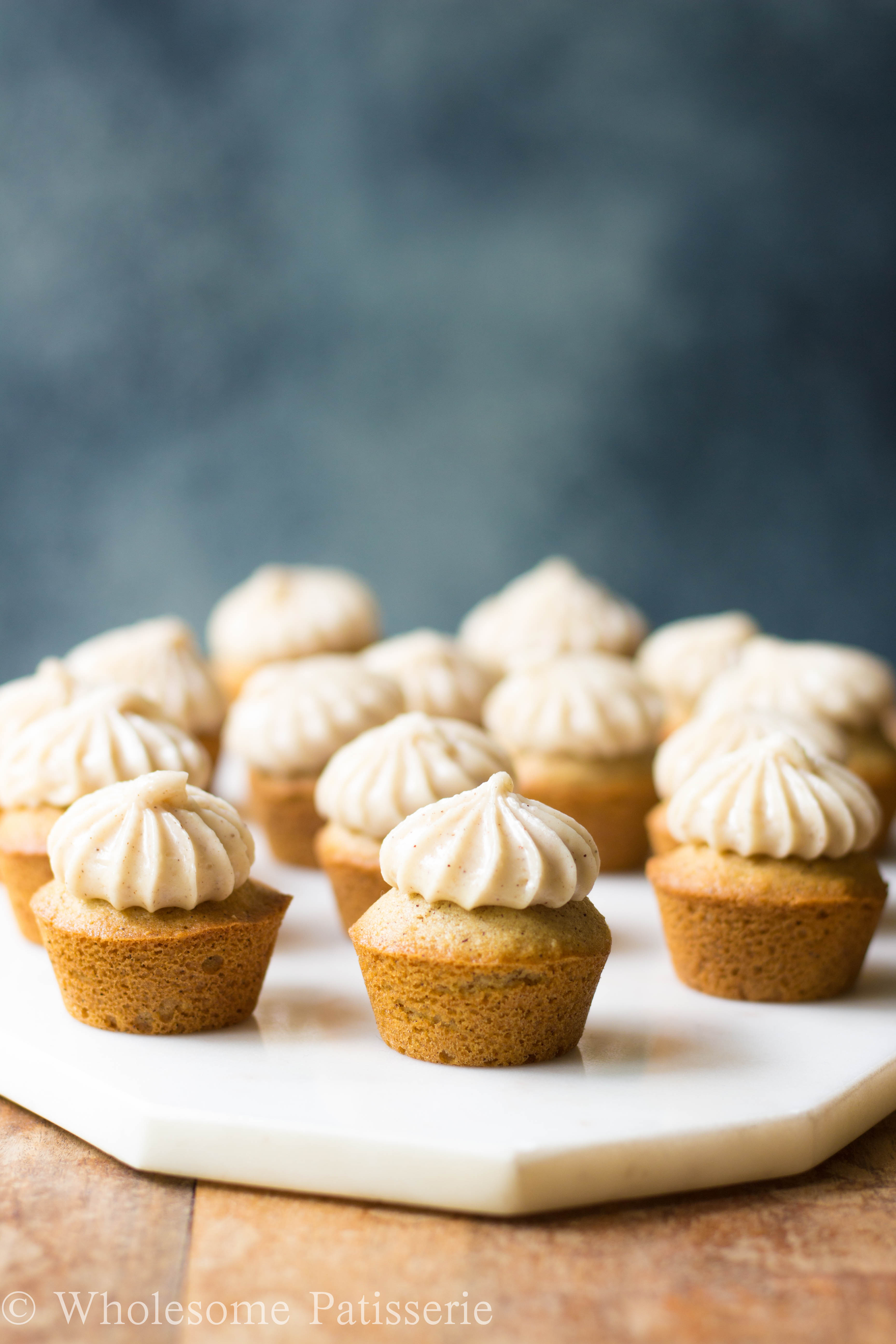 I know what you might be thinking, honey and icing sugar together might be a tad too much sweetness for you? I promise you its not overpowering, the cinnamon cuts through the sweetness and adds the perfect amount of savoury to the frosting. 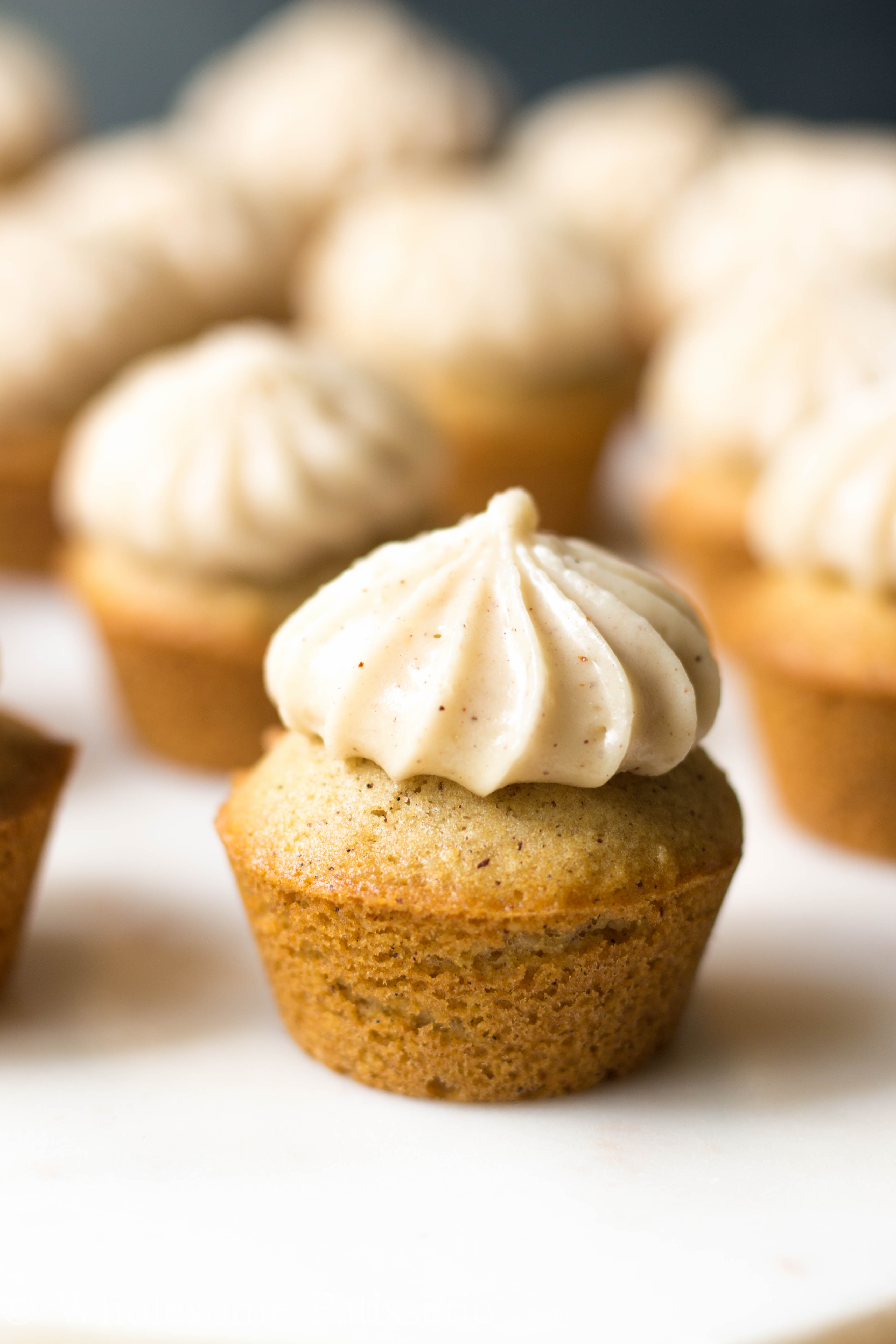 If Autumn was a cupcake, they would be these Honey Cupcakes. I decided to make these cupcakes mini and i have to say, they are adorable and you can eat at least 2-3 of this beauties in one sitting. 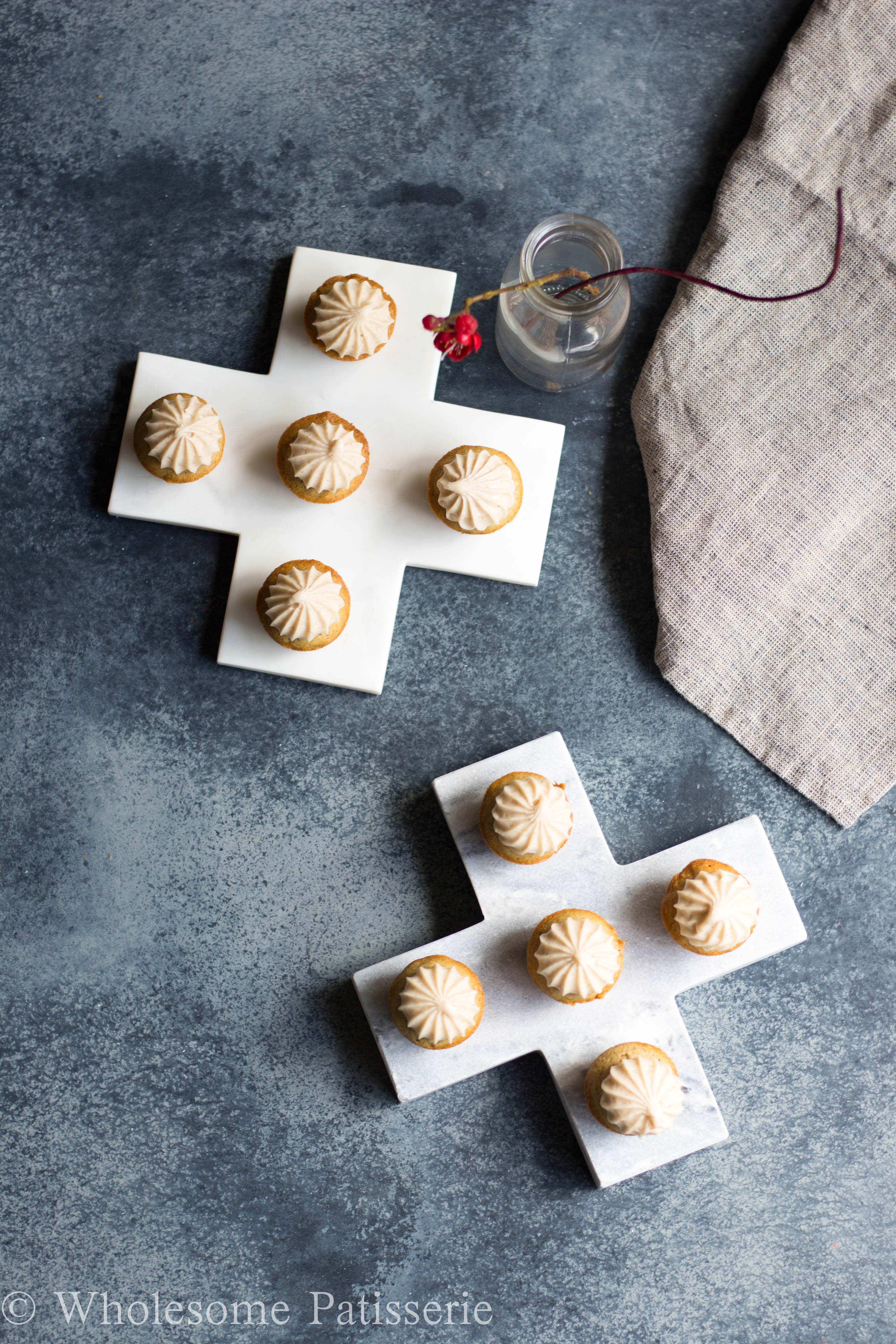 I’m just thrilled with how the cake turned out, it’s always a risk in creating a new gluten free cupcake recipe, I’m still learning about what flours work best together to achieve the classic, fluffy and flavoursome cupcake. 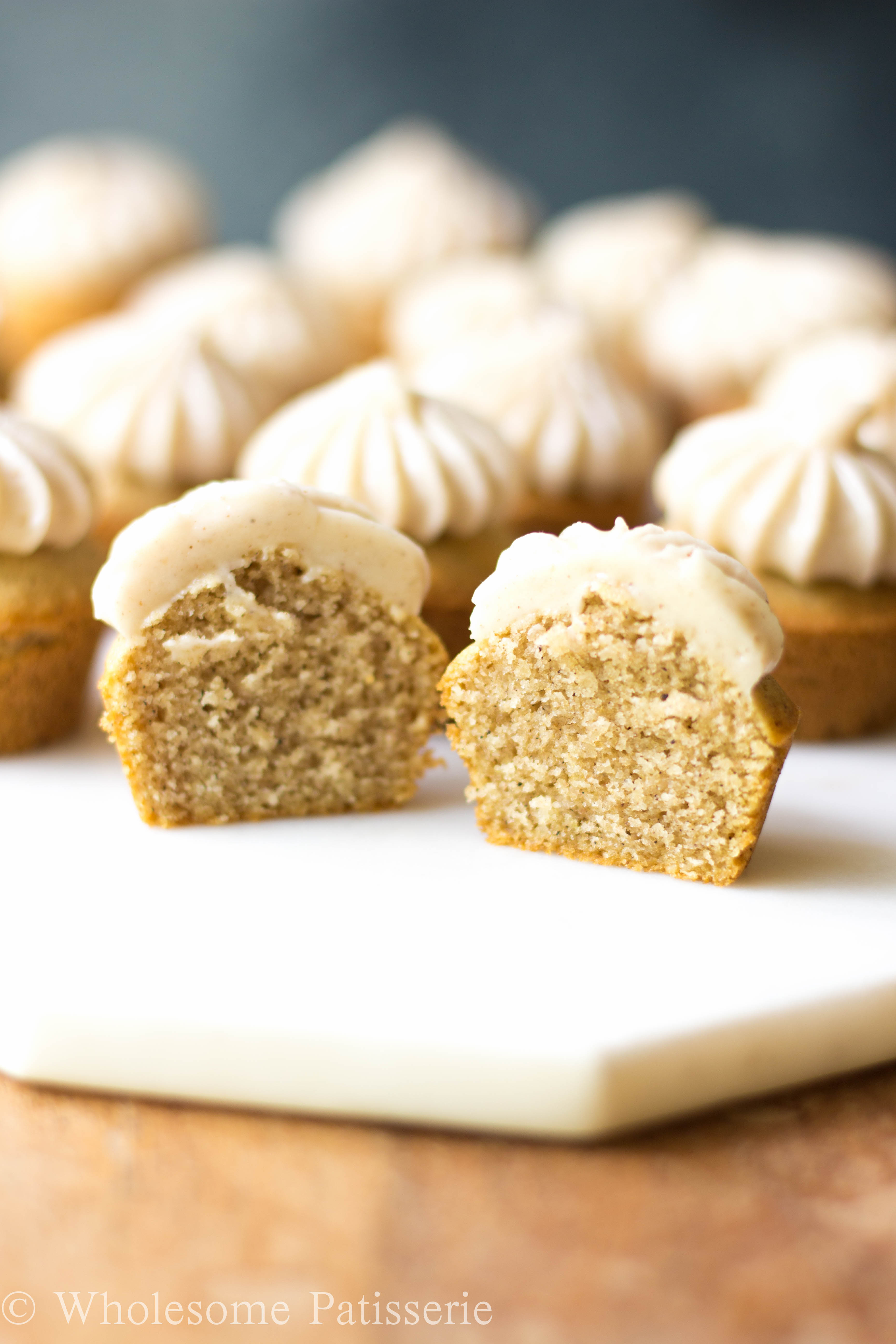 I used my favourite gluten free all purpose flour blend, works every time. I hope you enjoy my Honey Cinnamon Cupcakes, try not to eat them all at once! 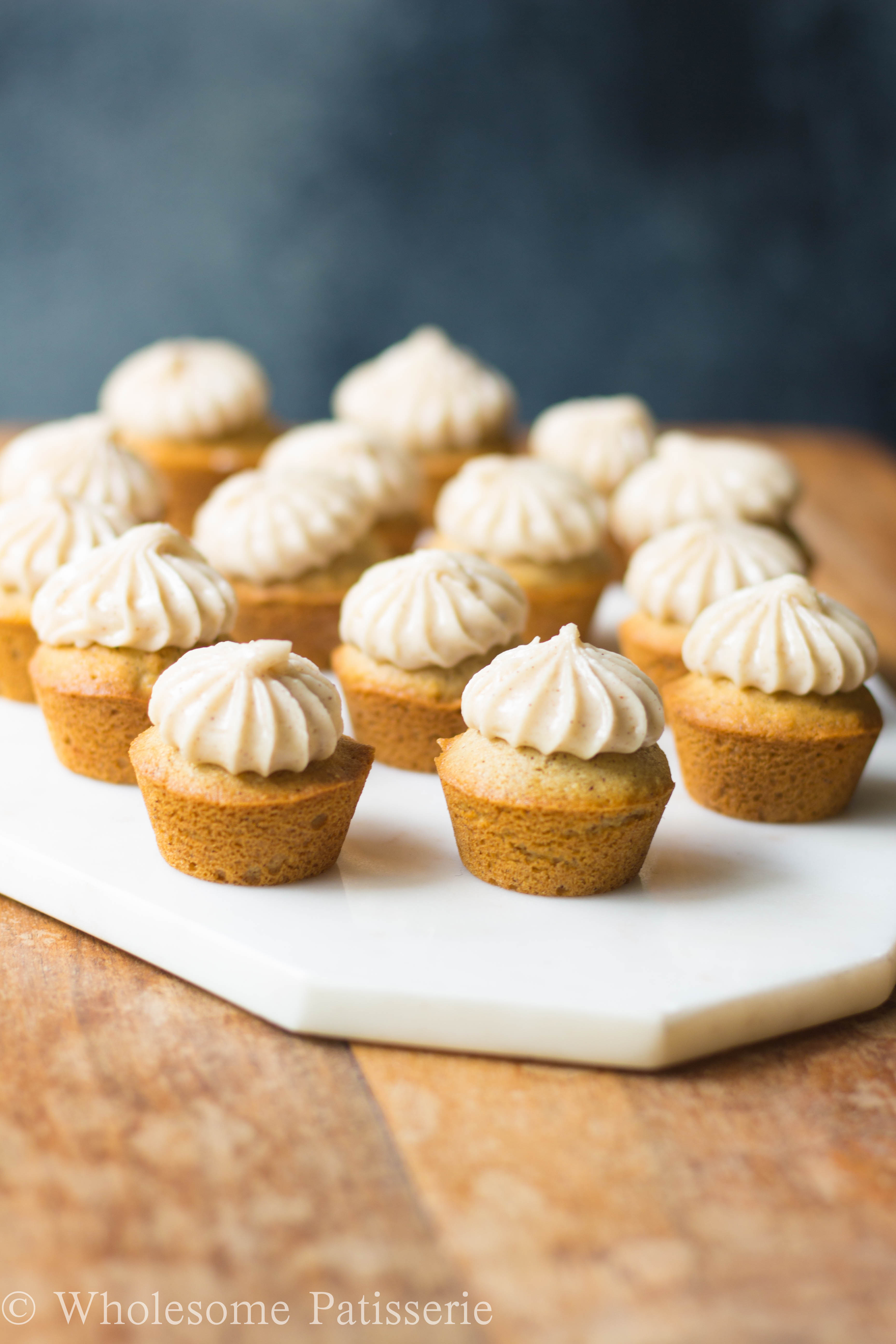